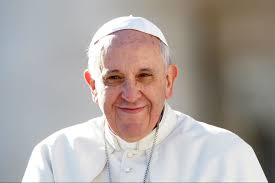 A friend of mine asked me a question about what Pope Francis was doing with regard to allowing Priests to forgive the sin of abortion, and restore them to full communion with the Church. Can’t priests do this already? This was my friend’s question after listening to several secular media reports. Here’s an explanation.

Pope Francis has paved the way to offer hope and restore those who have been hurt and broken by the sin and effects of abortion.

Pope Francis announced that those who have been excommunicated due to the sin of abortion can be reinstated to good standing by priests worldwide, indefinitely.

There has been some confusion generated by the secular news reporting on Pope Francis’ Nov. 20, announcement as to what Pope Francis actually is doing. In his effort to extend God’s mercy, to reach out to those hurting under the pain of abortion, he decided to extend, indefinitely, the ability of priests worldwide to reinstate penitent sinners to ecclesial good standing from the sin of abortion which causes automatic excommunication.  Say What????

Okay. Let me unpack this. What is Francis doing? He is NOT talking about allowing priests to forgive the sin of abortion, they can already do that. He is talking about giving priests the authority to reinstate to good standing a person from excommunication, which typically is under the jurisdiction of the bishop. The sin of abortion is not only a grave moral matter but results in the automatic ecclesial excommunication when a person commits the sin of either having an abortion or assisting in a person having an abortion. (What in the world is excommunication?  And why does it matter? To explore this question see below.)

As part of the Year of Mercy which began during Advent, November 2015, Pope Francis permitted priests worldwide the faculty to reinstate to good standing any penitent sinner from the automatic excommunication by someone who has procured an abortion or assisted in the procurement of an abortion.

There have been some areas around the world where the (reinstatement to good standing from the ecclesial excommunication of abortion) was reserved only to the Bishop to grant, or certain designated priests. Again, the penitent sinner was ALWAYS forgiven, absolved of the sin of abortion, but the excommunication ecclesial censure was not, and had to be removed by a bishop or designated priest.

After reviewing the coverage of the news by several secular news outlets including CNN, New York Times, Washington Post, among others, it became clear their confusion, and subsequent confusion among readers.

When news about the Roman Catholic Church breaks, secular reporters have the daunting task of trying to understand 2,000 years of Church history, canon law, ecclesial governance, Apostolic succession, theology, church teaching, Scripture, scandals, church politics; and crank out a story in 20 minutes or less! And some 20-something reporters lack the very basics of Christianity let alone an understanding of these more complex topics. So it’s no wonder these secular outlets lumped two very distinct and separate topics 1) the forgiveness of sin (which Priests have always had the ability to do), AND 2) the reinstatement from excommunication;  into the SAME category! They are two separate and distinct aspects, and ecclesial duties.

Pope Francis’ letter to brother priests, and bishops at the close of the Year of Mercy, Nov 20, 2016 reiterates his wishes to extend this faculty to the priest the ability to remove the excommunication from the person.   CLICK HERE TO READ POPE FRANCIS’  LETTER FROM THE VATICAN WEBPAGE

National Catholic Register had a very good explanation about this gesture of mercy by Pope Francis. CLICK HERE TO READ.

While this is not a topic I hoped I wouldn’t have the need to examine (because I don’t want to get excommunicated), it begs the question “What is excommunication?” And what scriptural basis is there if any for excommunication?

So here it is.. everything you wanted and didn’t want to know about excommunication below!

The bottom line of Pope Francis’ actions here are to pave the way, in a BIG way to bring God’s mercy, love and restoration to those who are broken, and hurting due to abortion. His goal is to welcome them back!!

Abortion resources: If you or someone you know either had an abortion, or was involved with another person’s abortion in some way, the following groups may offer healing.

This site uses Akismet to reduce spam. Learn how your comment data is processed.